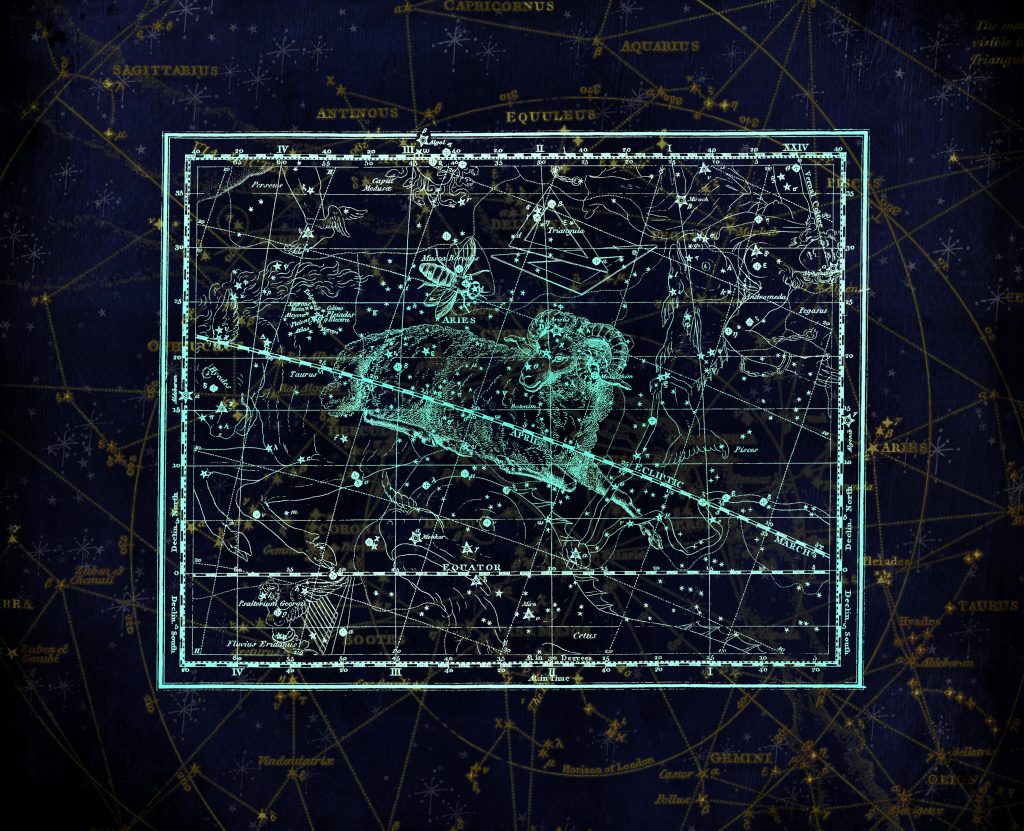 My esteem for the text which we call “Holy Bible” is as high as my regard for literature, art, poetry, and music.

Those things which convey a certain truth, beauty, and wisdom in a way that causes the need to turn inward and consider what is being presented.

I often encounter something that is along the lines of claiming that if the Bible is not literal and historical, then it’s “just” another book. This is where my issue is. Why is there such a low view by Biblical literalists for literature? Why is there such a dim view of writings that self acknowledge as being metaphorical, allegorical, fictional, or opinion?

I frequently notice statements that seem to imply that those who wrote the text were ignorant, and did not know how to properly explain things without attributing the unknown to supernatural phenomena. I suggest that the writers of the text were intelligent, learned, educated, and sophisticated in their understandings, and that a religious view has poisoned our understanding and view and created a false understanding that in ancient times people were unsophisticated morons who didn’t know much beyond thinking their shadow was a demon.

Part of this is the attribution of literary devices as being beliefs of the author. What I mean is that I will notice people say, the writer of this believed such and such about angels, or whatever it might be. Due to interpreting the author as a dimwitted, unlearned ignoramus who doesn’t know how to write fictional allegorical literature, it’s interpreted that the poor stupid sod actually believes in all his literary devices as literal historical events, and literal supernatural beings, and literal invisible immortals.

This is the same as claiming that if I were to write a story that includes werewolves, to assume that I believe werewolves really exist, and that since I’m clearly too stupid and unlearned to use werewolves as a literary device, circular logic dictates that my ignorant belief in werewolves proves just how stupid and ignorant I am. I suggest that anyone reading my werewolf story and failing to note that werewolves are a literary device is the one who is ignorant and unlearned. One thing that literary device signals is that I am writing fiction, and anyone failing to note that since werewolves aren’t real, but are a part of my story, and therefore my story is fictional is the one who is ignorant.

The one who goes one step further and codifies my werewolf story into a theological doctrine has not only failed the intelligence test of noticing a plot device that signals a fictional writing, but has also determined to make literal factually accurate doctrine from it is truly ignorant.

Let’s take the Wonderful Wizard of Oz as an example. In 2020 all sane and learned people understand that Frank Baum wrote a highly symbolic work of fiction for the purpose of making a social commentary on the political landscape of the time. It’s setting is pseudo historical. Dustbowl USA middle America really happened. However, the story is a work of fiction.

Even if it did not say “fiction” on the binder, we could know right off that the story is fiction because Dorothy and the house are safely transported by a tornado to “the other side of the rainbow” where the house lands perfectly safely, but for the witch upon whom it landed. Rules of physics tell us the witch must have been laying down at the time for the house to have perfectly bisected her top half from the bottom. Rules of literature tell us the story is fictional, because these things do not happen for real.

Imagine studying the text and concluding that Frank Baum believed in the safe transport of housing via tornado as a perfectly literal means of getting to a perfectly literal “other side of the rainbow” where a robust civilization that includes munchkins, witches, and flying monkeys, talking lions, tin men, and living scarecrows, all of which we then ascribe Frank Baum as being too stupid and ignorant to know such things are not real. He’s after all, just trying to wrap his tiny primitive mind around those natural phenomena which his ignorant lack of scientific knowledge does not know how to process.

Let’s not, at any point, realize that it’s a sophisticated and heavily symbolic work of social commentary. Let’s just literalize it all and then claim the writer was as dimwitted as those who wouldn’t know a literary device if it landed on top of them, or attacked them in a swarm of flying monkeys.

Now go one step further into this utterly absurd interpretation of the Wizard of Oz. Although WE all know that the story is a work of fiction and symbolic social commentary, imagine a few hundred years from now a religion has formed in which there is a literal historical view of the Wizard of Oz. Archeologists have discovered, Kansas was a real place. There really was a time where drought ravaged the Midwestern United States of America.

We can’t seem to locate the historical Dorothy, but many differing theories abound as to who she might have been. Why is such a seemingly ordinary girl the main character of such an extraordinary story? What sort of plan was God implementing when He chose such a typical and relatable girl to be such an important figure in history? Those who oppose the religion claim that the historical Dorothy cannot be found because the story is all a lie written by ignorant dust bowl farmers to keep people enslaved to an oppressive religion of following a very specific path in life.

Any of the rhetoric sound at all familiar? And what is really at the core of it? A dim and dimwitted view that what was written was written as literal history, and that the ignorant author believed that the plot devices were real, and that the story was written to control people rather than to provoke thought.

That’s exactly the rhetoric we get from discussions about the writings of the Biblical text.

Now lets examine the Matrix. If I were to say, remember when Morpheus offered Neo the red pill or the blue pill? We both know that we both know it’s a fictional story. I don’t feel any need as we discuss the movie to stop and point out that we’re discussing fictional characters in a fictional movie and that no real person actually named Morpheus offered a real live person actually named Neo a literal blue pill and a literal red pill in a literal historical event. We get to “baptize” ourselves into the story and discuss it as though it were real, for as long as the purpose is served to do so.

If we again transport ourselves into a hypothetical future where the Matrix is thought to be literal history, we could then argue that Alice’s Adventures in Wonderland must also be historical fact, because Morpheus referred to it, and Morpheus never stipulated that he was referring to a fictional story. Morpheus would not be so ignorant as to use an illustration unless there was a historical basis. Otherwise, we are accusing Morpheus of being ignorant that Alice was fictional.

We can therefore interpret that although we do not see such things today, there was a time in a previous dispensation where girls really did fall down rabbit holes and find robust civilizations including smiling cats and opium smoking caterpillars. At the very least, it did happen to the literal historical Alice, because Morpheus tells us that she was real by referring to her.

I hope the continual circular reasoning is becoming apparent.

What if the text went even further in telling us that it’s obviously an allegory? What if absolutely everything is named as what it is? What if the story where a metropolis was scorched and overturned included a city called scorched, and one called overturned?

This is exactly the case in Sodom and Gommorrah. Is it likely that in the irony of ironies the citizens of a city decided to name it “scorched” only to have it wind up being scorched? Is it more likely that a story was written and the city that was scorched was merely called “scorched” in the telling of that story. This is of course, one signal that the city is hypothetical and fictional.

Or we could have a story that a writing in the New Testament overtly declares to be allegory. This is the story of “Sarah” and “Hagar” that is in Genesis 16 and Genesis 21 and is explicitly called an allegory in the Epistle to the Galatians.

“Which things are an allegory: for these are the two covenants; the one from the mount Sinai, which gendereth to bondage, which is Agar.”

Sarah means princess, and Ha Ger actually means the stranger. It’s not even a name. She’s merely referred to as the one who is not of us. The alien. Her mama and papa didn’t gaze upon her newborn face and say, “Let’s name her the alien.” That’s an allegorical name in the story and tells the reader that she’s not one of us. Her “actual name” is of no importance whatsoever.

What we have is an allegory where the son of the slave woman was under the same household as the son of the royalty woman. The illustration in Galatians says we’re not sons of the slave woman, but of the free, or even better royalty. The illustration further asserts that “Agar” which is mount Sinai is bondage, explicitly stating that the law of Moses is alien and slavery, not liberty and royalty. “Sinai… which is Agar,” Means “Sinai… which is the stranger/alien/not one of us.”

“For this Agar is mount Sinai in Arabia, and answereth to Jerusalem which now is, and is in bondage with her children. {26} But Jerusalem which is above is free, which is the mother of us all.”

The writer was not ignorant and unlearned. They were fully aware that the story in Genesis was allegory. They knew that The Wonderful Wizard of Oz was symbolic allegory, and that The Matrix is a work of fiction, and the names of the characters were allegorical and symbolic, and the reference by one of the characters to another and unrelated work of fiction did not affirm the historicity of the work referenced.

We are knowledgeable and sophisticated enough to know a plot device when we see one, so let us apply this intelligence to the Biblical text, and this level of sophistication and intelligence to those who wrote and to those who cited the text. Let us read the stories as the social commentary and intellectual exercises they were intended to be. Let us not be the ones who are unlearned and ignorant enough not to know a literary device when we see one.

Image by DarkWorkX from Pixabay

All images on this site are in the public domain CC0 No rights reserved, and originate from Pixabay.com unless otherwise specified.

This work is licensed under a Creative Commons Attribution 4.0 International License.
This is a Free Culture License!
Go to top
We use cookies to ensure that we give you the best experience on our website. If you continue to use this site we will assume that you are happy with it. This notice is for compliance with EU cookie law regulations.Ok